It’s an easy game to understand and as such is great for gamers looking for a game to play in their spare time that isn’t mechanically intensive.

What is Teamfight Tactics?

Teamfight Tactics is a strategy game where 8 players are pitted against each other in a series of 1v1s, which take place in the TFT arena.

Each player has the option of buying specific champions to fight for them, and certain champions synergise with each other thus improving their strength in combat.

Each player starts with 100 Health Points. When a player loses a 1v1, they will lose health points depending on how one-sided the defeat was. The last surviving player emerges victorious.

How do I play?

TFT is split into rounds of combat. In each round, your champions will fight against neutral enemies or other players on the board.

You can choose how your champions position before each round, whether it’s to protect your carries or ensure your assassins target the opponent’s.

At the end of every fight, you’ll receive gold and XP, with items also dropping when you defeat neutral enemies.

The above bar is placed at the top of the screen, showing the format of the game. On the left, the round and the fight number (round-fight). Two swords denote upcoming or current fights vs other players, five of which occur per round.

The cog in the centre refers to the carousel, which occurs every round, and is when your player-controlled Little Legend grabs a champion, all of which have a certain item equipped.

The carousel also occurs at the very start of the game, after which every team faces off against three neutral enemies. 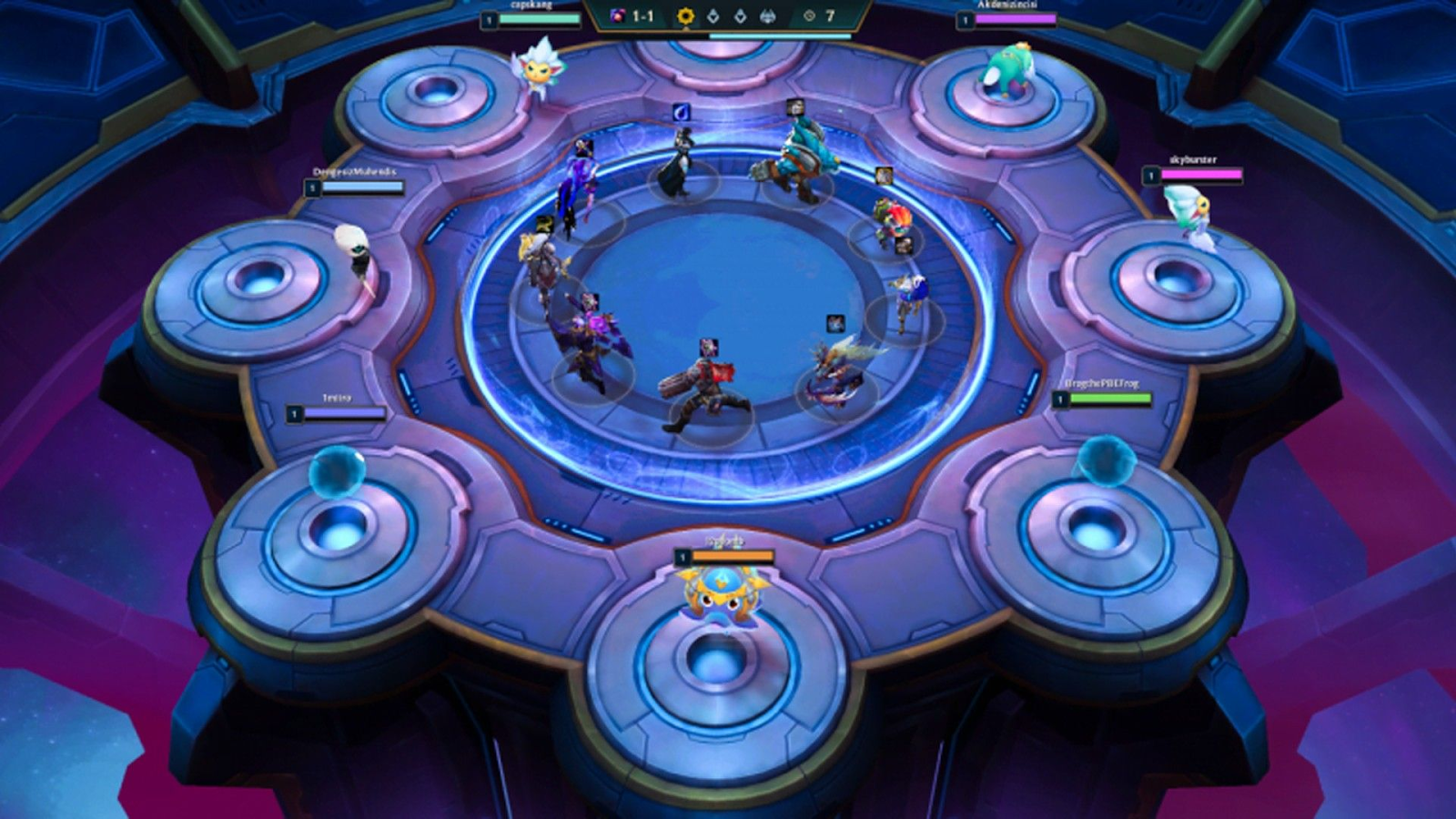 The gold and XP you accrue every fight allows you to improve your team’s strength. There are three options for spending gold: re-rolling (cost: 2 gold), increasing XP (cost: 4 gold) and purchasing champions (cost: between 1 and 5 gold).

Whilst you automatically earn 2 XP every fight and every carousel, increasing it allows you to increase the size of your team more rapidly, up to a maximum of 9 champions.

Of course, having more champions on the board increases the strength of your team, especially useful if you are out-levelling your counterparts.

Purchasing champions is useful because once you’ve purchased 3 of one champion, they will become a level 2 champion, dealing more damage and becoming more difficult to kill.

Once you accrue 3 level 2s of the same champion, they will transform into a level 3 champion, which deals even more damage and is harder to kill again.

Every champion in the game has an auto-attack, which is their basic form of damage. However, each champion also has one ability, which usually costs mana (the amount of which varies between champions).

Champions’ auto-attacks cause them to gain mana, which is eventually spent on the aforementioned ability. This ability tends to deal more damage than auto-attacks.

There are five different costs of champions, from 1 to 5 gold cost. 1 cost units are the most common and the weakest, whilst 5 cost units are rarest and strongest, often equipped with impactful abilities.

Every champion belongs to an origin and a class (synergies), and if your team has a certain number of champions from an origin, a class, or both, it will gain a buff.

For example, if you have two Vanguards, those two champions will gain armour, making them more resistant to physical damage. Your team can benefit from multiple synergies; there are 10 origins and 13 classes in the game.

Have fun experimenting with different champions and strategies – see what team you enjoy building most!

Join us on Discord! Chat and learn with experts from a wide variety of esports right now

Teamfight Tactics: Who Are The Best Streamers on...

Is Dota 2 an Esport?